“Andreas Luca Beraldo’s great knowledge of the repertoire and musical culture gives him a natural authority that always makes his work with orchestras effective.” (Arturo Tamayo)

He has conducted at important festivals for contemporary music such as CAFe Budapest, oggimusica in the Italian Switzerland, Forum Neue Musik in Mannheim / Germany and the Festival Risonanze Armoniche in Italy. He has worked in renowned venues such as the BMC Budapest Music Center in Hungary, the LAC / Lugano Arte e Cultura in Switzerland or the YAMAHA Concert Hall in Vienna.

Beraldo has been on the podium of numerous orchestras such as the Orchestra of Italian Switzerland (OSI – orchestra della svizzera italiana), the Baden-Baden Philharmonic Orchestra, the Plovdiv Philharmonic Orchestra, the Karlovy Vary Symphony Orchestra, the Württemberg Chamber Orchestra Heilbronn, the Stuttgart Chamber Orchestra and the Kurpfalz Chamber Orchestra. He has also conducted the “900 presente” ensemble of the Conservatorio della Svizzera Italiania on several occasions.
Among the choirs Beraldo has conducted are the University and Chamber Choir of the Musikhochschule Mannheim, the Gächinger Kantorei Stuttgart, the Junges Ensemble der Liedertafel Mannheim, the Ensemble Vocapella Limburg and the Beethovenchor Ludwigshafen.

As an arranger, he won the 1st prize at the Valentin Eduard Becker Composition Competition in 2019 with his work “Ukuthula – a wish for peace” for female choir and piano. Various commissions led to collaborations with the Deutsche Kammerphilharmonie Bremen, the Westdeutscher Rundfunk (WDR), the Funkhausorchester Köln, the theater Osnabrück, the theater Aachen, the state theater Darmstadt, the Wexford Opera Festival, Opera Holland Park, the Melanchthonkantorei Mannheim, the boys choir Hannover as well as the conductors Alondra de la Parra, Jonathan Stockhammer, Simon Gaudenz, Enrico Delamboye, Jörg Breiding, Christiane Brasse-Nothdurft, Jan Croonenbroeck, Christopher Ward, Francesco Cilluffo, Guillaume Tourniaire and other exceptional musicians such as Anette Maiburg, Kiveli Dörken, Miriam Kofler or Kerstin Dietl. His works have been published by “Impronta-Edition UG” as well as by Cecilia Music Concept in Cologne, by Musikverlage Hans Sikorski GmbH or Boosey & Hawkes GmbH. Franz-Georg Stähling works as an agent for Beraldo. His orchestration of Claude Debussy’s “Six Épigraphes Antiques” is distributed by Alkor / Bärenreiter.

Beraldo has a great interest in promoting contemporary music, which is reflected not only in his conducting activities and the premieres of numerous works but also in founding an ensemble and a publishing house highly devoted to contemporary music. Since 2012 he has been chairman and conductor of the ensemble “Impronta – Ensemble für neue Musik e.V.” and since 2014 managing director of the music publishing house “Impronta – Edition UG”. Both the ensemble and the publishing house were founded by him together with violinist Jeanne Vogt.

In 2014, in cooperation with ARTE and ZDF, he conducted for the recordings of Charley Bowers’ soundtracks for four silent films.

In 2018 he has been invited as a juror to the International Competition for Conducting in Contemporary Repertoire “Giancarlo Facchinetti” in Brescia. Furthermore, he was juror at the Florence String Quartet Call for Scores (4th Edition) in 2018 and at the Impronta Ensemble Composition Competition since 2019.

For the Weinheim Sängerkreis, Beraldo regularly gives courses in choral conducting. In the same way, since 2017 he has participated as publisher and conductor in the annual Composition Master Class Budapest with Alessio Elia and Sidney Corbett.

Since 2021 he teaches instrumentation, organology and work analysis at the Hochschule für Musik Detmold.

He currently lives and works in Mannheim. 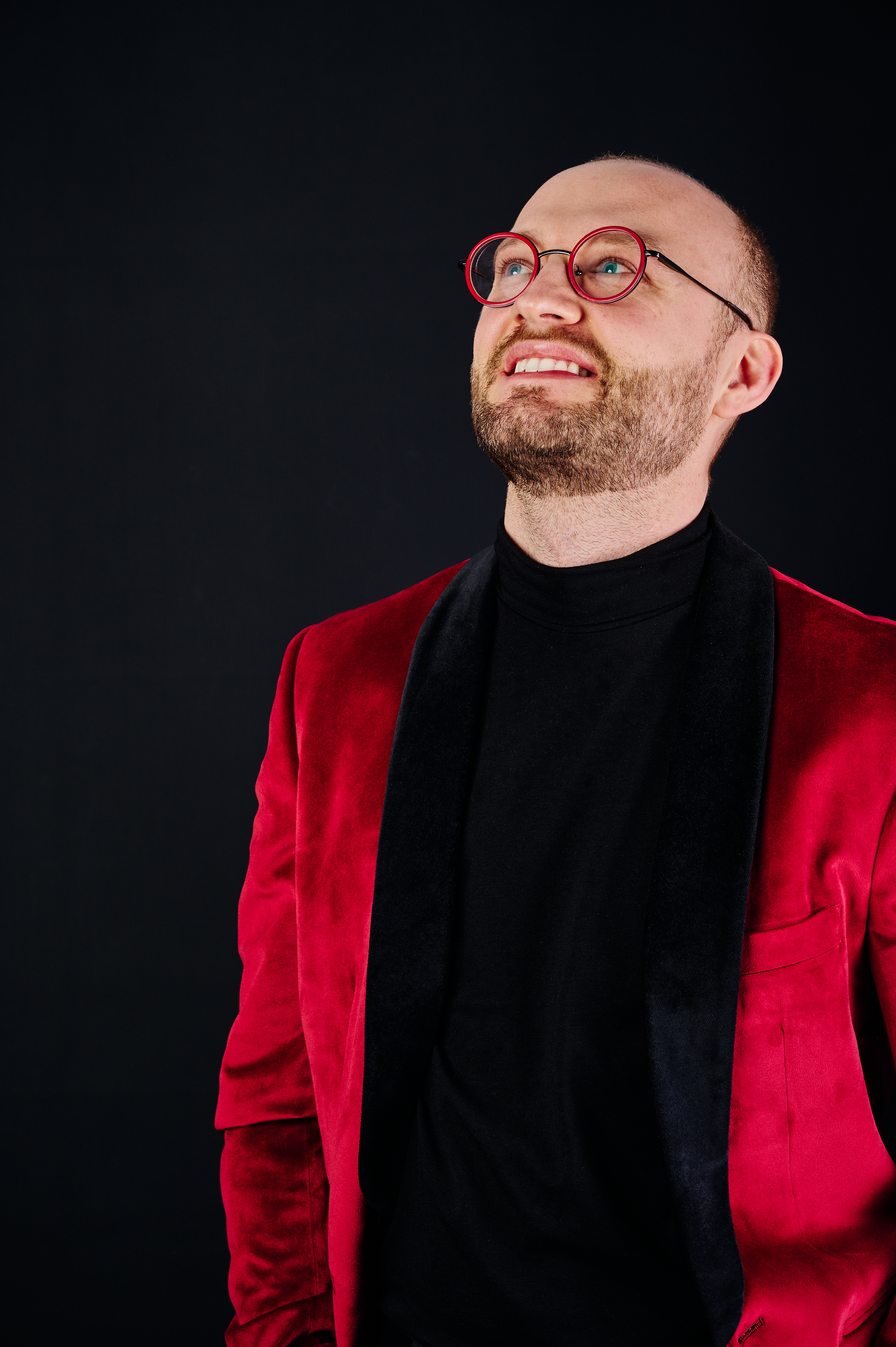